Heading for the countryside

Let me say this before rain becomes a utility we can regulate and sell: I celebrate its meaninglessness.

The rain I am in is not like the rain in the city. It fills the forest with a huge and confused sound. It hammers the corrugated-iron roof of the hut and stoep with insistent and controlled rhythms. I listen, because it reminds me again that the whole universe runs by rhythms I have not yet learned to recognize; rhythms not those of clock or engineer.

I came in from the city late this afternoon, sloshing up the track, and fired up some pasta and tomato sauce on the Cadac for supper. It boiled over while I was toasting some bread on the log fire. The night is now inky dark. The rain envelops the hut in its enormous, virginal myth, a whole world of meaning, of secrecy, of sudden silences, of rumour.

All that rainspeech pouring down, selling nothing, judging nobody, drenching the thick mulch of dead leaves, soaking the trees, filling the streams and koppies of the woodland with water, washing out places where men have stripped the hillside.

What a thing it is to sit absolutely alone, in a forest, at night, cherished by this wonderful, unintelligible, perfectly innocent speech, the most comforting speech in the world, the talk that rain makes all by itself against the leaves, the talk of watercourses everywhere in the hollows, the shuddering expletives of thunder.

Nobody started it, nobody is going to stop it. It will talk as long as it wants, this rain. And I am going to listen as long as I am able.

Eventually I’m going to sleep, because here in this wilderness I’ve learned how to sleep again. Here I am not alien. The trees I know, the night I know, the rain I know. I close my eyes and instantly sink into the whole rainy world of which I am a part, and the world goes on without me.

The city is filled with useful things. It is a monument to usefulness. Rows of houses, paved streets, electricity, shops, cellphone towers, trains; even helicopters that give you minute-by-minute traffic reports. There are schools for learning, hospitals for body and mind repair and prisons for those who don’t obey the rules. There are even clinics and beauty parlours for the animals we have tamed.

Unscheduled water is dealt with severely; guttered off roofs and streets, led into drains and captured in underground tunnels. Sometimes, when you cross a street, you can hear the water roaring below manholes down which the behaviour of the newly tamed river can be checked.

There is so little in the city that is not fabricated; if a tree gets among the apartments or even in a suburban street by mistake it is usually surrounded by paving stones or tar. It is given a precise location, a reason for existing, or it is yanked out. Or maybe it is left for tame dogs to pee on.

The celebration of rain cannot be stopped, of course, even in the city. The woman from the coffee bar scampers along the pavement with a newspaper over her head. A suited executive flips up his black umbrella and high-steps over a swollen gutter. The suddenly washed streets become transparent and alive, and the noise of traffic becomes a splashing of fountains.

You would think that urban citizens would have to take account of nature in its wetness and freshness, its baptism and its renewal. But though it waters gardens in the suburbs, the rain brings no renewal to nine-to-fivers, only tomorrow’s weather and the glint of windows in tall buildings reflecting a turbulent sky. Somewhere inside those walls the ‘real’ city carries on, counting itself and selling itself with complex determination.

Meanwhile the citizens who must move plunge through the rain, intent on their busyness, slightly more vulnerable than before, probably piqued by the inconvenience of rain. Few see that the streets shine beautifully, that they themselves are walking on stars and water, that they are running over inverted skies to catch a bus or taxi, or to shelter in packed malls which ooze the mindless sound of elevator music.

But they must know there is wetness abroad. Perhaps they even feel it. For them it’s a nuisance, nothing more. Am I presuming too much?

Sitting here in this hut, alone and perfectly happy, with wet sounds, a camp bed and a Cadac, I wonder at the organized pleasures marketed as vacation. Among the many things the city sells is the happiness of escaping from itself. It urges you to ‘have fun’ by presenting you with irresistible images of yourself as you would like to be: having fun without the interference of guilt or worrying about the cost. Having fun with others who are having fun.

In travel magazines you’ll find endless variations on a theme of how to take the conveniences and luxuries of the city out of town and into beautiful places. Hotels with courtesy fridges full of mind-altering liquors, safaris from luxurious tented camps with gun-slung rangers for 24-hour protection, advertisements which coo: “Just come and relax.”

Nice holiday – undoubtedly a home-from-home atmosphere, with assurances that the conveniences of the city are right on hand. In practice, though, expensive fun often harbors a doubt, which can blossom into another full-blown need, which then calls for a still more credible and more costly refinement of satisfaction, which again generally fails you. The end of the cycle can be despair. How often do you feel the need for a vacation to recover from the stress of the one you’ve just had?

A person in modern society is generally a person in a rush, a person with no time, a prisoner of necessity who would find it difficult to understand that a thing might perhaps be without usefulness. Perhaps staying at home in a coronavirus lockdown gives time for reflection. There’s a beautiful world beyond your walls. When were you last there?

Those who dare to be alone in wild places, who celebrate and seek out times of solitariness (are they a dying breed?) can come to see that the ‘emptiness’ and ‘uselessness’ of the wilderness which the collective urban mind fears and views from afar are necessary conditions for the sort of renewal the word ‘holiday’ suggests. It is derived from ‘holy day’.

It is quiet reflection – moments of tranquillity which realign us with this shimmering planet – that renews us. Not body comforts, en-suite bathrooms, sundowners and game drives.

It seems to me that it’s only in these times of solitary simplicity that we can remind ourselves of our true capacity for maturity, freedom and peace.

Philoxenos, a sixth-century Syrian who left us some texts well worth digging up, said: “I will not make you such rich men as to have need of many things. But I will make you true rich men who have need of nothing, since it is not he who has many possessions that is rich, but he who has no needs.”

Obviously we will always have some needs. But it is in times when we reduce our needs to the most simple, when we shed the material and mental clutter of the city, that we can see who it is we really are – since the only needs we then have are real ones. A rucksack, a sleeping bag, a Cadac and a pair of good boots. Some simple food.

The rain has stopped. The afternoon sun slants through the trees, refracting off myriad useless drops of water. The valley resounds with the totally incomprehensible talk of streams and fountains. Guineafowls chatter and cluck in the clearing and a robin is scratching round in the useless underbrush beside the stoep.

There’s nothing I would rather hear, not because these are better noises than other noises, but because they are the voices of the present moment. They remind me that I am utterly, solitarily, blissfully here.

Adapted from Thomas Merton who taught me to listen. 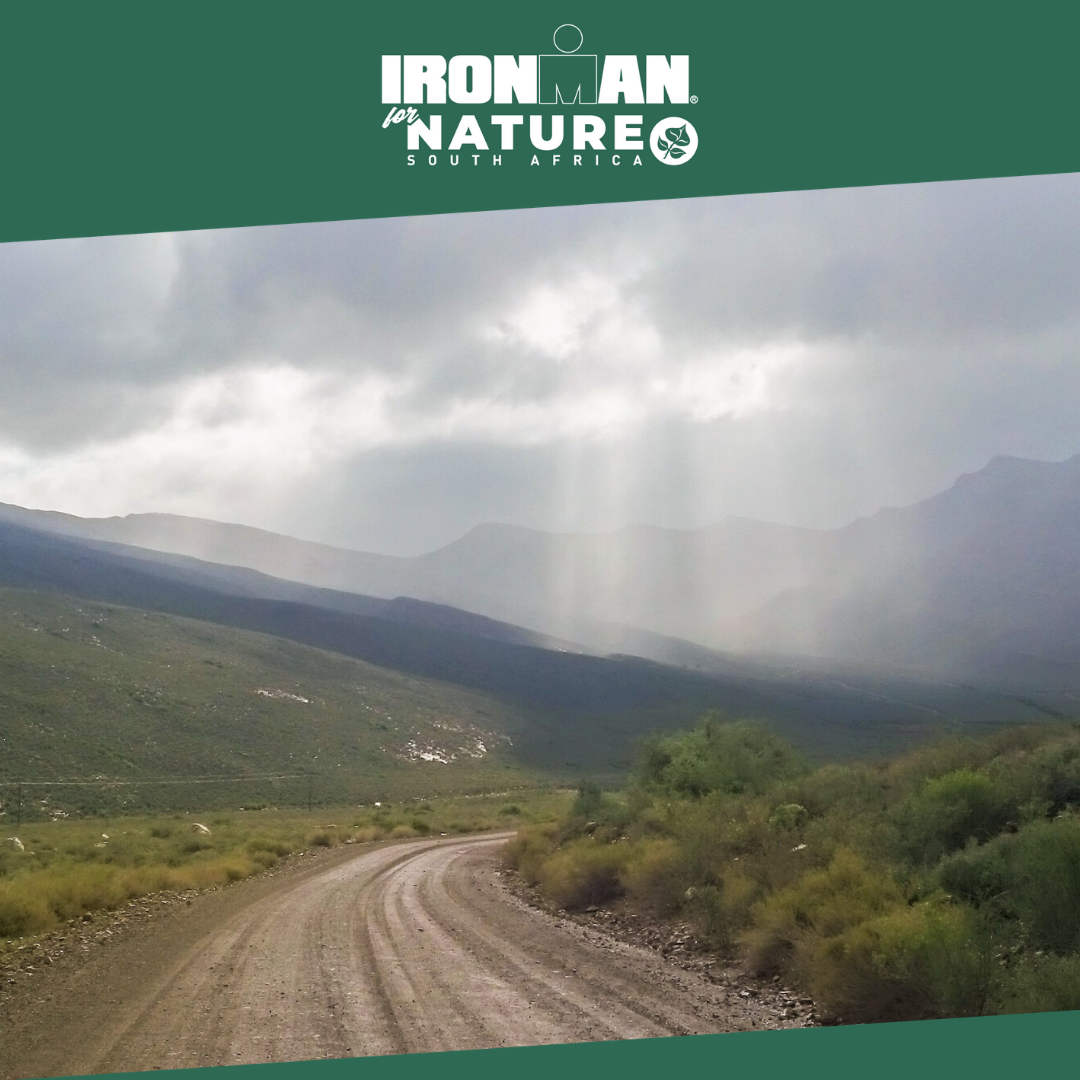